Don Papa, the hip hop godfather of Moss, Norway, gives us this week's Trushmix. A very special blend of old school hip hop, dub, reggae and some obscure tracks by the Don himself. A mix made with love, passion and crazy mixing in the true spirit of Don Papa's eccentric self proclaimed hip hop style.

Don Papa has been a leading figure in the underground hip hop community of Moss for two decades, starting his career as a breakdancer and graffiti writer in the mid 80's, and soon moving into music production.

Don Papa is constantly pushing the boundaries of hip hop – his approach to the genre is often experimental, his tracks not always hip hop in the traditional sense. One moment ambient soundscapes, the next deep house flavors, but to Don Papa, it's all hip hop.

Don Papa has also moved into the world of dub and reggae, and has released several 7" together with the Moss based reggae dub group Kambo Super Sound.

Check out Don Papas releases on Sex Tags Mania and Amfibia. And enjoy Trushmix 17 – hip hop in the vision of Don Papa! 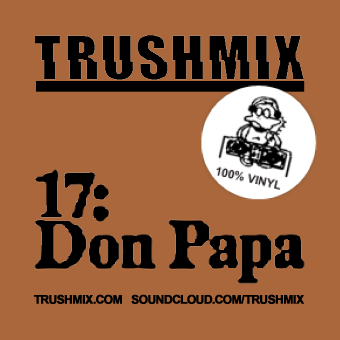 Zinghabon came to Norway in a green shipping container in the early 80s. Now settled in a cave under Vanntårnet in Moss Norway, he works as a gardener in the daytime and spends the nights talking to his dog Larry and meditating. Zinghabon rarely lets anyone record his sets, as he fears this will steal his soul, but we have managed to convince him to give us a mix.

Trushmix 16 showcases his taste for spaced-out leftfield music; a mix of obscurities and classics, ranging from krautrock to disco. This will take you on a strange musical journey from Moss to Mars. Sit back and enjoy the ride! 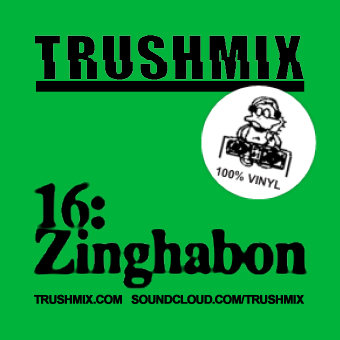 New year, new trushmixes! After a short break during Christmas we're back with regular updates. L.A. Morillo kicks off the new year with a mix that focuses on early 90's US house. Heavy kickdrums, saxophones, pianos and cheerful vocals – perfect if you need a bit of an energy boost on those dark winter nights. Keep on trushin'! 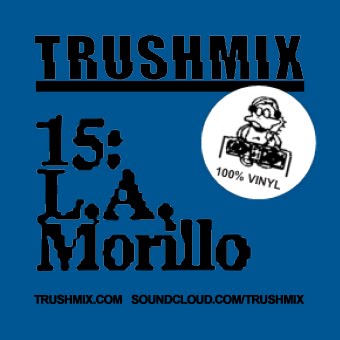