This week's guest on Trushmix is the one and only Skatebård from Ørsta, Norway! He has just released a new album entitled "Vill Stil", on his own label Digitalo Enterprises. We celebrate this with a brand new mix by Skatebård himself – a 77-minute cavalcade of new and old party killer italo-injected disco tracks from the top! A lot of classics as well as some obscure goodness just to get you in the right mood.

Skatebård has been around for a long time, so his output should be familiar to electronic music lovers all around. His trademark sound varies from emotional italo to pure Chicago and Detroit influenced house and techno. He has released on labels like Digitalo Enterprises, Radius Records, Tellektro, Keys of Life, Totally and Sex Tags Mania/UFO just to name a few, and has a new 12" coming up on Sex Tags Mania plus remixes on Sauroid and Full Pupp, so watch out! 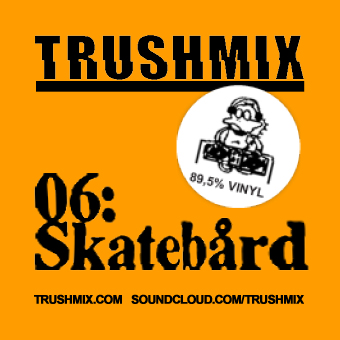