A big welcome to another new Trushmixer: Massimiliano Pagliara!

Originally from Lecce in Italy, Pagliara now lives in Berlin, where he DJs and produces his special blend of house/disco on old analogue machines. After debuting on Daniel Wang's Balihu in 2008, he has released on acclaimed labels such as Rush Hour, Meakusma and Needwant. Last year he released his debut album, the absolutely brilliant "Focus For Infinity" on Live At Robert Johnson. If you haven' t already bought it, go stand in the corner.

TRUSHMIX 34 isn't for the dancefloor – this is a mainly ambient mix, showing Pagliara's love for analogue synths, quirky sounds and a dark cosmic mood. One could say this is the perfectly compiled dreamy soundtrack for this year's fall. Enjoy and dream on. 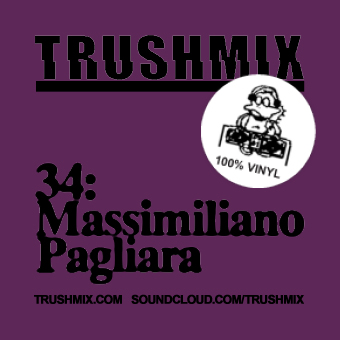